LG G Flex Liable To Physical Bumps On Frequent Use

Recently, LG widely released the first smartphone with a real flexible display instead of just simple curved glass. The LG G Flex has the ability to bend under pressure, to the point of becoming totally flat. As you can see, this is a great way to prevent other problems and damages. However, since the flexible displays are only some pioneers, LG has taken some time to advise people how to deal with their flexible smartphones.

In this respect, LG has announced that the flexible handset will reach a couple of US carriers, and in the rest of the world. However, since the device is rather new, most people tend to avoid it, considered a little bit too sensitive. The most attractive characteristic of the 6-inch curved LG G Flex is its flexible display. 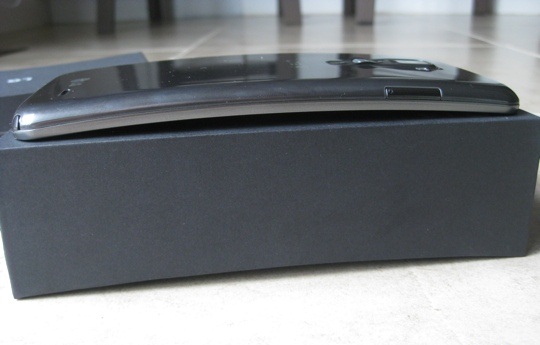 However, this does not mean that the handset can switch shape regularly. The flex was designed in order for the device to have a longer life and durability. To test this aspect, the company has placed 88 pounds of weight on the back panel of the device. In the same time, the device has passed the test of more than 100 successful bending movements without recording any physical damage.

As you can see, the flexible device seems actually durable and powerful. However, recent rumors have suggested that most people talk about bumps on the display. Apparently, these bumps come as a result of regular flexing the display. It seems that users decided to test its flexibility character a little bit too much.

In order to prevent further problems with the Flex device, LG released a recent statement suggesting “Because the G Flex component in inside the glass cover, OLED display, battery are elastic, excessive of frequent force that flattens the device produce bumps”. In other others, Flex owners are advised not to take advantage of the device’s flexibility in other to extend its durability.

The Korean manufacturer also mentioned that these physical bumps will not affect the performance of the G Flex, and they would disappear in time. However, there is also the chance that they would stick around on the touchscreen. Be careful when dealing with your LG G Flex handset if you want to enjoy of its curved and flexible display for a long time.

Released already in US, the device is planned to reach other parts of the world, different marketplaces, this year, and other notable US carriers such as AT&T, T-Mobile, and Sprint will have the flexible device on their shelves by the end of the first quarter.