Cecilia Abadie, an engineer for software development, was ticketed in October for driving while she was wearing Google Glass computer-in-eyeglass device. The engineer was cited as also driving with a visible monitor – you know, like the one you have in front of your eyes and still driving the car, but playing a game or watching a movie while doing that. She was cited for speeding on a freeway to Sand Diego in October as she was wearing Google Glass. The officer who ticketed her stated that the glass the woman was wearing “was blocking her peripheral vision on her right side”.

To state our source, Cecilia Abadie is one of the thousands of drivers testing this device before the technology would hit the market later this year. 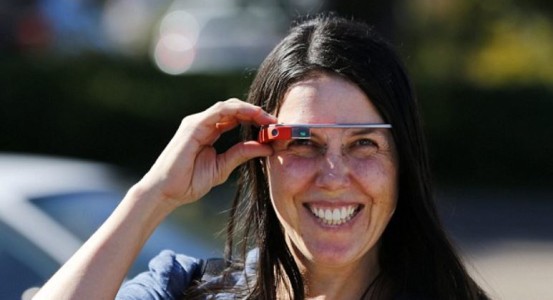 So there is a question rising whether it is legal or not to drive on the freeway or highway wearing Google Glass!? The question in matter involves some investigations to be carried out in order for the engineer to be acquitted or not.

Commissioner John Blair stated that Abadie wasn’t guilty of driving dangerously because of the Google Glass, as she was cited under a code which requires proof beyond a reasonable doubt that the glasses were fully operating, which the officer could not provide. Due to that, she was acquitted on Thursday.

Other than that, the code bars the usage of any operating device like a monitor, or in this case Google Glass.
As you already know, the Google Glass is a device stored in a glass-wear frame featuring a thumbnail-size transparent display right above the right-eyes.

With the development of future technology, innovation and all sorts of devices that need to be tested before rolling them on the market, there are a lot of tests being put out on the roads that expects a legal precedent for that matter. Thus, people like Abadie wouldn’t be pulled off the road so often for wearing a so called “pair of glasses” that might cause harm and lead to a serious of accidents along the road.

Abadie said that she was happy for winning the case and she hopped that Google Glass would become legal to wear when driving, even if activated or not.