We can only imagine that it’s going to hit the major Chinese retails stores in a few days (let’s hope that it’s not the case to be talking about a few weeks), but things still remain in a blur for the moment. We can only add that it is also listed on the Samsung China website, in both Black and White colour variants, but that’s pretty much all. 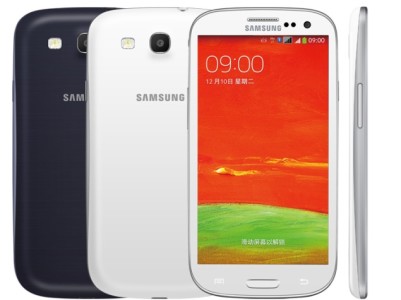 The story is though different, at least when it comes to its technical specifications. Galaxy S III Neo+ can be easily mistaken by the original Galaxy S III when it comes to its 4.8 inch HD Super AMOLED display having a resolution of 720×1280 pixels powered, not to mention the similar 1.4 GHz quad-core processor paired with 1 GB of RAM. You should also know that it comes with expandable storage support up to 32GB via microSD card, despite of the lack of any detail regarding the inbuilt storage.

Don’t forget that Galaxy S III Neo+ also sports an 8-megapixel rear camera accompanied by a secondary 1.9 MP front facing camera or that its connectivity options include the usual Bluetooth, Wi-Fi, GPS/ A-GPS, and 3G. Haven’t you decided about buying it or not? Then, we are sure that the price will help you with that.