The Begging of a New Samsung Chapter: AMOLED Displays for Tablets

Samsung has offered us an AMOLED-packing tablet back in 2011 but that’s pretty much all that the Korean company had to do with this sort of displays. Now things are about to change and according to the Korean publication ETNews, we are actually talking about the begging of a completely new Samsung chapter dedicated to AMOLED displays for tablets. To be more specific, the company will start mass production no later than next month, so we could actually expect to a market launch around late March or early April.

According to the latest reports, we are talking about 10.5″ displays with a QHD resolution of no less than 2,560 x 1,440 pixels, although some previous rumors pointed to the possibility of receiving only 8″ AMOLED screen tablets. 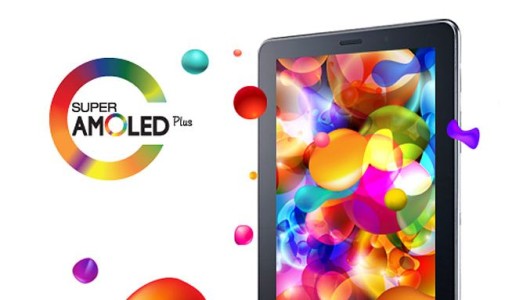 There is one thing that we know for sure: with no Galaxy Note Pro tablets at 8″ or 10″, any of these screen option looks more than tempting. And Samsung has even imported two 8″ and one 10″ tablet in India for testing, but things are still a mystery at this point. We can only imagine that the company is working on prototypes as long as these AMOLED displays must be ready for mass production. And there is something else that has been just confirmed: Samsung is also focusing its attention towards a 5″ UHD AMOLED screen, probably for its upcoming Galaxy S5 device we tend to believe at this point.

So, if you’ve been planning on buying one of Samsung’s new tablets, what do you feel about waiting just a little longer? Just as our source confirms, is more than likely to find out more about some of these AMOLED tablets at Mobile World Congress and maybe the perfect model for you is among them.