Huawei MediaPad X1 and Ascend G6 Spotted ahead of MWC

From what we know at this point, Huawei is preparing to introduce both a Ascend G6 mid-range smartphone and a high-end phablet, dubbed the MediaPad X1. The interesting fact is that they have been spotted ahead of MWC, not only in some @evleaks photos, but also on the Chinese Weibo site, so we are one hundred percent sure about their existence. It is more than probable for HTC to have wanted an ideal first presentation of its upcoming devices, without having all our attention towards other much more popular handsets ready to be revealed on MWC and we must admit that their strategy was a successful one. Everyone has found out about Huawei MediaPad X1 and Ascend G6 and this is what you should be expecting to receive:

The Chinese smartphone maker is preparing us an interesting device said to come with a 4.5-inch screen, as well as a powerful quad-core MediaTek MT6582 processor clocked at 1.3GHz and coupled with 1GB of RAM. 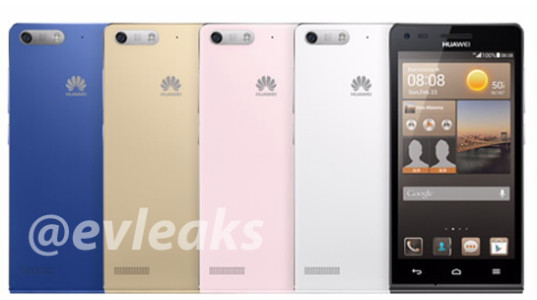 Moreover, Huawei Ascend G6 packs both an 8-megapixel rear camera and a secondary 5-megapixel front-facing camera, but unfortunately will also come with Android 4.2 Jelly Bean OS version and not KitKat how many of you might have in mind. We can only expect that an update will soon be on its way to this device and the upcoming Mobile World Congress 2014 will clarify this aspect, that’s for sure.

When it comes to this phablet, we can only tell you that it has passed its Tenaa certification earlier this month and since then speculations pointed that we should be expecting a device is powered by a 1.6GHz quad-core HiSillicon 910 processor with 2GB of RAM, also incusing a 7 inch 1920×1200 resolution display. 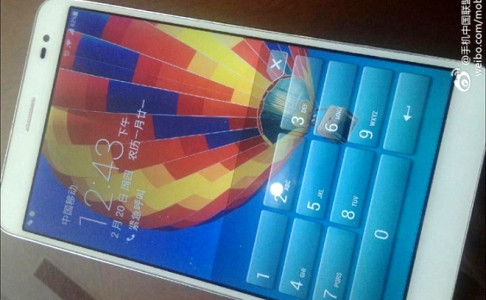 Huawei MediaPad X1 will also come with 16GB/32GB built-in storage variants, not to mention that we are expecting also expecting a LTE connectivity version. But despite of all these details which sound exciting enough, just as @evleaks has also mentioned, it willonly  feature the older version of Android 4.2.2 Jelly Bean, just as we have seen on Huawei Ascend G6. And there is no mystery that everyone is dreaming of the latest KitKat, so this is probably the biggest disadvantage that this tablet has.

As our source also stated, there is no surprise that iHuawei MediaPad X1might also be priced around 1200 yuan (Rs. 12,000), but we still need an official confirmation in order to be sure of that. For the latest news on this topic, don’t forget to check on us later.