Back in December, Dead Trigger 2 was updated to 0.2.5 version, but now we are talking about a new major update. This game is constantly changing, but there is no reason to be bothered about that; better said, it is improved and becomes even more enjoyable than before. You know that you can generally travel across different regions of the Earth, explore several environments and choose your favorite weapons for defeating your zombie enemies, so what is this latest update ready to offer? In the first place, we are talking about a major location change: last time, the action was set in China, but now you are going to start a new adventure in the amazing European continent.

And be sure that’s not all! Dead Trigger 2 comes with a set of new environments, improved weapons, and even a so-called friends system that includes chat. Do you want to find out even more? Then, here we have a detailed list just for you. 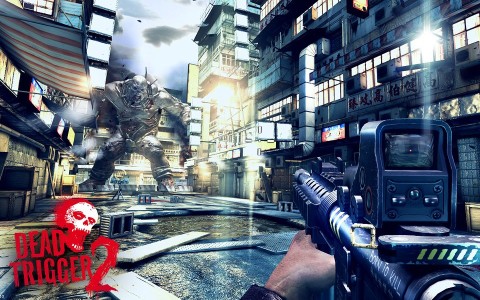 There is a reason for knowing this game as being set in the “addictive” category, so it’s enough to give it a try and you’ll know of what everyone is talking about! And surprisingly, even the original Dead Trigger was updated and now it can actually support the newest Android and iOS handsets with the highest graphic resolutions available.