The First True Ubuntu Device: Any chance to compete with Android’s Supremacy?

Ubuntu tries to become a part of our lives: in case of having your own UI, you actually have the possibility to build your own handsets using the industry-standard Ubuntu Core, not to mention that Ubuntu is pre-installed on desktops and laptops all over the world, but the company wants much more than that. We are talking about the first true Ubuntu device which is supposed to come with its own opensource OS, but we are all wondering if it has any real chance to compete with Android’s supremacy in the current market.

Although we have no technical details regarding these Ubuntu upcoming handsets at this moment, there is something that we can tell you for sure: they will be exclusively dedicated to mid-range and high-range markets, so we can only hope for the best. 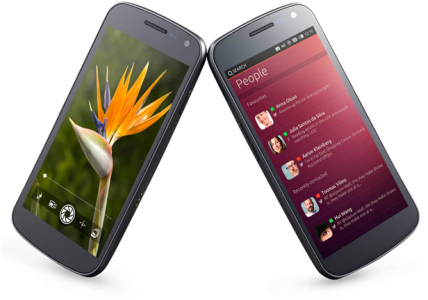 As for their availability, it seems that the first handset with Ubuntu pre-installed will be seen no sooner than the end of this year!

At the moment we cannot deny Android’s supremacy. Thanks to its robust feature set, also being very intuitive and extremely easy to use, this OS has become the favorite of so many of you, especially now with Android 4.4 KitKat’s latest features. Who wouldn’t dream of enjoying cloud printing support, white status bar icons, a smoother UI, NFC functionality and much more? We all tend to want all these, so we must be wondering if there is any space left for such a new opensource OS, not to mention how difficult it already is for iOS and Windows Phone who are only preferred by those who frequently use Google services.

But we cannot be sure of anything at this point. As our source stated, let’s take the example of the Chinese-optimized Ubuntu Kylin desktop OS that has managed to become a real success in its home country with around 1,300,000 downloads in only six months. You weren’t expecting to hear such a number weren’t you? Let’s just hope that Ubuntu knows what it is doing when it says that is ready to take such an important step and be sure that we’ll keep you updated.