Here we are at the Mobile Network Congress in Barcelona to come closer and closer to its ending, with a lot of interesting devices to be put on display, among which the Weon Glasses, the eyeglass that blinks when receiving notifications and alerts on your device. The glasses made by Ion Eyewear gives you a unique perspective in terms of technology, due to a colored LED light that goes berserk when you get mails or other alerts on your smartphone.

The company has tried to come up with an average eyeglass for public use, not aiming to make the device a state of the art in terms of technology. Thus, Google Glasses can rest assure that their $1,500 eyeglass will not be swept away by Weon. 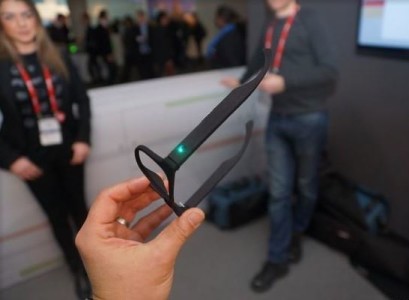 Perhaps this is the positive thinking that Ion Eyewear is having when affirming that their eyeglasses are actually a more conventional device intended to provide a professional and an ordinary conduit in terms of phone alerts.

This is why, when connecting to iOS handsets through Bluetooth, you can easily set up the LED light of the Weon glasses to blink in the shape of a rainbow, but with the possibility of having a lot other sets of color alerts. 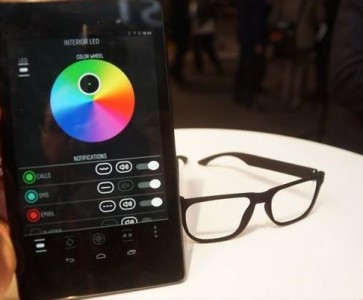 The Weon Glasses has another smart feature like its radar mode, which is a feature pinging the device to locate them when missing. All you have to do is set the radar from your handset and let it do its job. You may eventually find your glasses under the couch being left there by your dog.

The Weon Glasses is expected to be launched in the US and in the European market somewhere in May, with a price set for around $129.

What do you think about this average eyeglass device with LED light-rainbow and radar right under your nose and at the cheap price of $129? Would you buy for Google Glasses? Don’t forget to write! Cheers!