Barcelona hosted the Mobile World Congress where Lenovo had the pleasure to release the new 7-inch A 1000 Lenovo tablet. What is very interesting refers to the price of the device. We can have the tablet for a very low price, 149$. Lenovo A1000 can’t be compared with Google Nexus 7 for example because the last has better specs than the first. But the guys from Lenovo thought to offer the users a bonus for this medium power and walked into the price area. HP Slate 7 looks to be similar with Lenovo’s recent release, so we see competition.

Our source mention that because of the great success of Nexus 7 which goes in the hands of users in a blink of eye, like a prescription from doctor, Lenovo must be vigilant and come with a temptation for gaining a bit of the sales slice. The Lenovo A1000 meets us in summer clothes with a 7-inch 1024 x 600 resolution display, being one of the weakest, but we shall have in mind the price. Furthermore, it comes with a 1.2 GHz dual-core MediaTek processor, but most loved tablets are coming with the quad-core . On A1000 features Android 4.2 Jelly Bean, but we expect that the updates won’t be so fast. 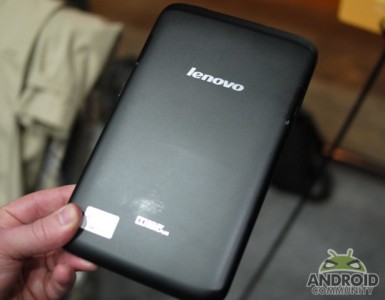 Depending on everyone’s needs, because it is important when you choose a device to know how much are you ready to take out from your pocket for it, you have to think also of specs. Now you have the possibility to choose a tablet which allows you to solve the king of work you must do on it and pay less, accorded to your needs, or to buy an expensive one, but maybe you do not need and use it at its entire power, not even close to. So, just because A 1000 doesn’t meet the qualities of Nexus 7, we can’t be radical and claim that this is not an option.