Apple used to charge money for iWork and iLife till iOS 6 and this wasn’t usually a low price. They were gaining revenue from iWork, which is similar to Microsoft Office pack, but Apple’s one was splitted and charged for every piece 19,99$, but on iOS the price is 9,99$. Same happens with iWork from Mac app store being priced at 14,99$ and on iOS store just 4,99$. After iOS 7 will be released this problems will become history because it is rumored that they will offer iWork for free on iOS 7. The release date is expected to be 18th September.

As our source points out, the iWork and iLife will eventually be on user’s disposal for free. The pop-up in iOS 7 states, “To make the best use of your iPhone we recommend these free apps from Apple”. Apple smells fresh this year and it is suspected to have lot of releasing events in the next months and we are referring to the new iPhones, iPhone 5S and iPhone 6, two iPads, new iPods and a brand new iOS device, most probably the rumored iWatch. This will be a big year for Apple in terms of marketing and sales of the new devices. With so many new products it will need a lot of new followers in order to sell enough especially because they will have some lose for their gift of iWork and iLife. The iOS7 will show off with a new Control Center whichbrings quick access to many settings, shifting the background image to one’s movements, a new kind of multitasking apps, the AirDrop feature for photo or documents sharing with other iPhone users which are located in the area, and so on. 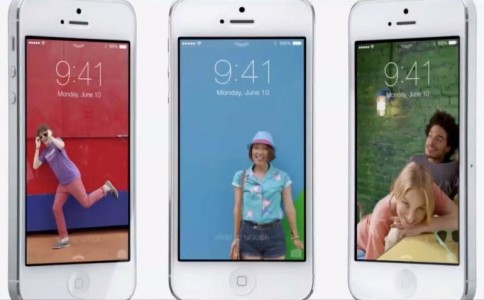 Finally we need to wait 18th September to have the opportunity to meet in person iOS7 and enjoy its gifts.