We still have to wait for approximately two months until the rollout of new Apple iPhone lines, and rumors are saying that the budget smartphone we were hearing about is going to be called iPhone 5C. Also, pictures of what appears to be packaging material for the low-cost device have been leaked, but the company hasn’t yet confirmed anything. The device was first believed to be called iPhone 6, or iPhone Light, or simply iPhone. Since we first heard rumors about a budget smartphone release from Apple, many photos and even videos have leaked. It is rumored that the company will focus on retailing its iPhone 5C mostly in India and China, as China Mobile Ltd is the second-largest market after the U.S..
We were telling you, in a previous article, that “iPhone 6” will be released September 27, along with the iPhone 5S, and it will come in many colors. In addition, our source posted a quote from AppleInsider, which states that “readers are speculating in the forums that ‘C’ may be for ‘Color'”. We have no information about the specs, however. Recent articles state that Nowhereelse.fr has found a number of potential issues with the photo of the boxes, and the site suggests it is likely a fake. 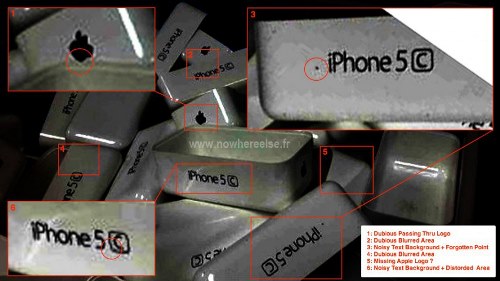 The fact that the photo above might be a fake doesn’t mean that the device doesn’t exist or that it isn’t going to be called iPhone 5C. Considering the number of rumors, photos, articles on the smartphone, we are still waiting for it to be officially released. The site Nowhereelse.fr was also the one that discovered the photo, in the first place. Let’s just be patient and wait to see what the truth is about this mysterious low-cost smartphone.