Google’s Android OS is the best when coming to market coverage as the Android based devices managed to overtake Apple for a while now. And when having high end handsets like the Galaxy S4, Sony Xperia Z, HTC One, or Galaxy Note 2 is really easy to figure it why. Anyway it seems that Apple is ready to strike back with a new marketing strategy as the company is planning to release two new iPhones: a high end one, the iPhone 5S and a mid-range, budget friendly one, the iPhone 5C, something similar with what Samsung does with its Galaxy line – we have the Galaxy S4 and Galaxy S4 Mini and so on.

And of course September is Apple’s favorite period for releasing new iOS devices, so both smartphone are being already rumored. Also, since we are talking about the big old Apple, everyone is getting excited for checking and if possible for testing the new gadgets. Well, soon we will be able to grab the new iPhone 5S and iPhone 5C as the company is planning to release the handsets on AT&T on September. Late September if you ask me as first we must have the usual press conference, which will probably take place on September 10. 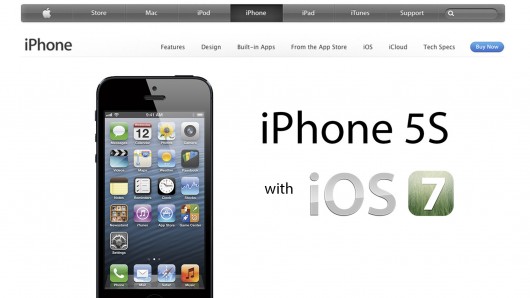 Now, the recent reports are stating that AT&T is already preparing the release of the new Apple iPhone. It seems that no other Android based phone or tablet will be announced until Apple introduces its iPhone 5 to the audience. Well, as stated AT&T will launch two new iPhones, the high end and expensive 5S and the budget friendly and mid range 5C.

Specs wise and if we are to talk about performances, the iPhone 5S is rumored to come with fingerprint sensor embedded in the traditional home button, along with a powerful A7 processor, a 4 inch display and with a dual-LED flash camera on the back. On the other hand, the smartphone will be featuring the latest iOS platform.

Also, the iPhone 5C specs will be decent, but not high end. For saving money Apple decided to equip the phone with a plastic case and with mid range performances. Anyhow the specs or features list is only rumored for both 5S and 5C versions of the iPhone, so the press release is more than expected. Until then, the rumors are stating that AT&T will release the new iPhone on September 20; there are no other info leaked related to the upcoming market availability in US or around the world, so I guess that we should just wait and see.