Samsung likes to play a lot on You Tube whenever one of their products is to be launched soon, and there have been some teasing rumors concerning the forthcoming of a new Samsung Galaxy – the Galaxy J. Some photos have previously iterated the idea that Galaxy S5 might need some changes to its plastic built for a better improved metal one. Recent news stated that it was not about the S5, it was more about the possible appearance of Samsung Galaxy J. But why J and how did it end up to this letter?

Well, the video describes the device starting with the “J” letter: “just fit”, “just fast”, “just for you”, “just simple”, with some glimpse at the brushed metal finish back of the device. With that in mind, we might be looking at the new addition of the Galaxy brand for Taiwan.

As our source mentions, the Galaxy J is supposed to feature a 5-inch Super AMOLED display with 1920×1080 pixels, a Snapdragon quad-core 800 SoC processor, 2,26 GHZ and 3 GB of RAM. The rear camera of 13.2 MP comes with optical image stabilization (OIS) and a battery of 2,600Mah. The device will also come with an internal storage of 32 GB, offering its users the possibility of extending it using a microSD. 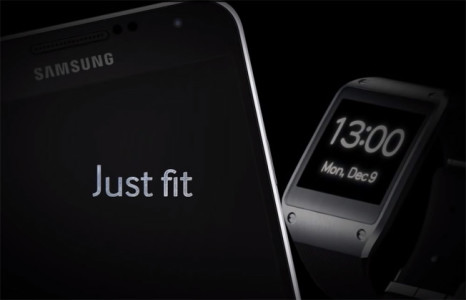 With these features in mind, we might conclude that the Galaxy J would be placed somewhere between Samsung Galaxy S4 and Samsung Galaxy Note 3, so it might end up a pretty good half-breed device with some unexpected positive reviews.

Concerning the official unveiling of the Galaxy J, we might be expecting it sooner, starting with December 9th. We will have to wait until the Taiwan users will first receive it and perhaps they would want to share their opinions with us. After all, we have to help each other in exchanging information in order to improve our readers` knowledge.