The HTC Butterfly S with Hello Kitty all over it is now official in Taiwan. All pink and girlish, everything every woman wanted from an Android smartphone. Or maybe not, but the cute character is very popular in that region. On the other hand, the HTC Butterfly S is the upgraded version of the HTC Butterfly and it is definitely a remarkable smartphone. It has almost the same specs as the HTC One, but we’ll talk about those later. Of course the Hello Kitty edition will come with a Hello Kitty back cover and many Hello Kitty wallpapers. We believe it will have a huge success among young girls and we’re waiting for a Spiderman edition for the boys.

But that’s not all. According to our source, HTC also made a partnership with Eva Air for exclusive accessories which will only be available on inflight stores. Among these, you’ll see a Hello Kitty flight attendant in two variants: a boy and a girl. However, I doubt boys will appreciate this. Bad news for Hello Kitty fans outside Taiwan, though. The HTC Butterfly S Hello Kitty edition will only be available there and in a limited number. Now this makes me sad. 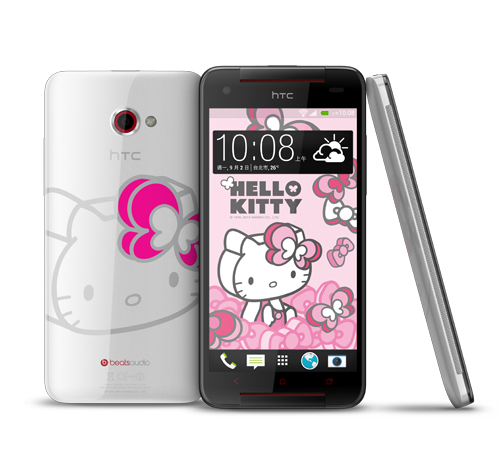 Getting back to the specs, we must mention the Qualcomm Snapdragon 600 processor, a 5.0-inch 1080p screen, a massive 3200 mAh battery, and a 4 megapixel “UltraPixel” rear camera. The device will sell for a $770 price tag. Of course it will, after all, it is a Hello Kitty device…
The HTC Butterfly S was released a while ago and it had success so far, so why not try something new? I personally wouldn’t buy a smartphone from this edition but I’m wondering what is your opinion so don’t hesitate to give us your feedback on the news.