What could happen to the technology world without a severe competition? I don’t know and I don’t want to know. Because competition it’s the reason we can enjoy so many beautiful and extremely good devices. Very soon after Samsung has announced their intention to break the ice on the curved flat screens smartphones, LG stepped up too. They have announced their LG G Flex, a (probably) 6 inch device.

Despite its name and hopes of many, mine included, it won’t fit in every pocket as liquid. It is ‘only’ a curved screen, with specs that are including HD resolution (1280 x 720), running on LTE-Advanced/W-CDMA/GSM technology, with a Qualcomm Snapdragon 800 MSM8974 of 2.3 GHz used to do what work the 4.2.2 Jelly Bean Android OS gives him to do. But letting the joke aside, this is a big step towards we have always dreamed of: the real flexible-only screen smartphones. 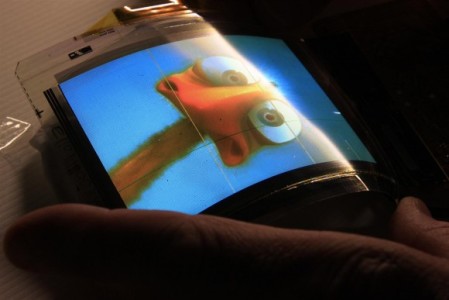 Until then, our waiting is sweetened by this device, which I have heard it would be released in November.

Also further info about LG’s upcoming plans is highly expected as new Android based smartphone are set to be released or introduced to the market. And since Android 4.4 KitKat is almost here, maybe LG will be coming with a device that will be coming with the firmware pre-installed. Anyway, this is only a rumor as we all know that LG is well known for its mid-range and budget friendly smartphones rather for its high end gadgets. That’s why Samsung is the “boss” when coming to the mobile industry while Sony and HTC are struggling to compete with Samsung’s products.