CyanogenMod just announced that nightly builds of CM10.2 will be soon released for three new devices. The handsets that have been added on the CM10.2 supported list are LG G2, Nexus 7 LTE, and Nexus Q. If we were expecting to see the Nexus 7 LTE and LG G2 capable of receiving the latest version of CyanogenMod (the same smartphones are currently suitable only with older builds of CM) the same isn’t applying for the Nexus Q, but there’s no reasons to complain, am I right?

CyanogenMod represents a free aftermarket distribution of Android OS. So, the CM10.2 firmware is a custom ROM, based on the latest version of Android OS. Good, therefore, CM10.2 is powered by Android 4.3 Jelly Bean software. But, since we are talking about a custom ROM, the same isn’t coming with stock or default Android looks or features. Actually, the firmware is bringing extra features, apps, capabilities and settings that can be used by the Android users who want or need to customize the looks of their Android devices, improve the performances, bump the speeds, or power up the battery life of the same.

As you can see, flashing or installing CM10.2 on the LG G2, Nexus 7 LTE, and Nexus Q is bringing only advantages since the platform is customized for each handset. That means, Android 4.3 based CM10.2 will smoothly run on all the mentioned smartphones, not to mention that the firmware is stable and has no bugs or things that aren’t working included in the system – after all we are talking about the official and Nightly build of CyanogenMod. 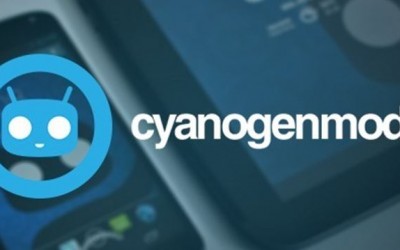 Anyway, the nightly build of CM10.2 hasn’t been yet released for the LG G2, Nexus 7 LTE, and Nexus Q but the CyanogenMod team is working on the same. Therefore, soon you will be able to update your handsets to a custom version of Android 4.3 Jelly Bean OS. In order to help you out, below I will try to explain you the steps that must be applied when trying to install CM10.2 custom ROM. The steps from below will be suitable with any Android based device, though I recommend you to try them only for the LG G2, Nexus 7 LTE, and Nexus Q – also use just the official releases of CM10.2 and not custom versions of the firmware.

First of all, if you want to update your LG G2, Nexus 7 LTE or Nexus Q to Android 4.3 with CM10.2 custom ROM firmware, you will first have to root your handset. You can’t complete the update operation unless your device is rooted. Also, a custom recovery image must be installed, the firmware being flashed through the same. I am recommending CWM recovery as the recovery image to use when applying custom ROMs, but you can choose any other tool, important is just to replace the stock recovery with a custom one.

You might know that when gaining root access, the warranty is being lost. Why is that happening? Well mainly each Android handset has a binary flash counter on the internal system which is saying whether on that device there have been added unofficial procedures or not. So, when rooting the binary counter is being increased thus the warranty gets void. Of course if you somehow need to restore the warranty on your LG G2, Nexus 7 LTE or Nexus Q you will simply have to reset the same flash counter. How to do it? Just install the stock Android OS on your smartphone / tablet and you are done.

Eventually, by flashing the stock or the official Android system, the root access gets revoked and the bootloader relocked. We will talk about these aspects on a similar guide, so stay close. Good, so install CM10.2 if you want to update to Android 4.3 and restore to stock ROM if you want the warranty back, or if you want to enjoy the default version of Android.

Essential pre requisite, or what to do in order to make things right

Those were the preparation tasks that are usually required on a tutorial. Don’t worry, on each operation we will explain you what and how to do things, so everything will be fine. Good, now let’s see which are the proper steps that must be used for completing this step by step guide.

So there you have it. We now know that CyanogenMod will release Nightly builds of CM10.2 for the LG G2, Nexus 7 LTE and Nexus Q. Also, by using the dedicated guidelines from below you can install the Android 4.3 custom ROM on your devices, so basically, this posts is offering you all the info needed. If you need help, or if you have questions, don’t hesitate and talk with us by using the comments field from below.