Is life indeed better when you play more? The “first ever modular smartphone” is directly related to this concept and you know of what device I am talking about. The LG G5 has some interesting accessories or “Friends” that you might end up loving.

To be more precise, the company has thought of something different and announced a set of devices to play with the G5.

You can get pretty much everything you might be thinking of from camera modules to rolling remote-control robots when it comes to getting the best out of your new LG G5 handset, so don’t be shy and take a closer look.

LG Cam Plus
Do you love the the feel of a real camera with a camera on/off, a record button that waits to be used, zoom dial, or shutter? Then, the LG CAM Plus is perfect for you as it will transform your handset from a regular one to a traditional point-and-shoot digital camera.

This official LG G5 accessory attaches to the bottom of the phone, and replaces the chin, battery and more all in one. It’s true that this makes the LG G5 a little bulky, but this is a small price to pay for a textured grip, zoom wheel, camera shutter button, tap-to-record function, as well as an extra 1,200 mAh of battery.

Just think of this combined with the internal 2,800 mAh battery, so you end up enjoying a phone with a 4,000 mAh battery that can finally last at least two days long per single charge. Don’t you tell me that this doesn’t sound like a dream! 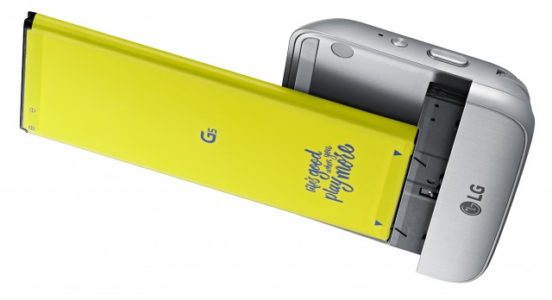 LG HiFi Plus (DAC)
LG’s Magic Slot hosts different modules that snap the battery slot and add an extra microphone jack for HD audio quality. The company revealed a Bang & Olufsen-designed DAC module for enhancing sound quality for audiophiles, so it would be like simply playing high quality audio from a computer even if you are just using your LG G5. 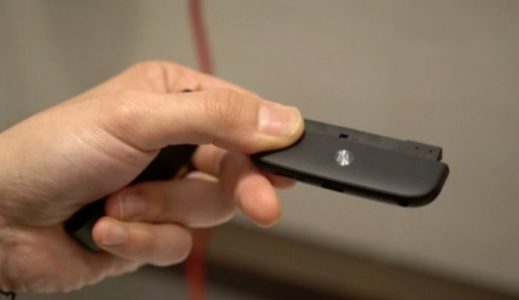 The LG Hi-Fi Plus Bang & Olufsen DAC accessory works with the LG G5device, or by itself. And if you are still skeptical, it has been proved that it truly increases quality from 24-bit to 32-bit, which is perfect for all audiophiles out there.

LG 360 Cam
This is an amazing pocket-sized 360-degree camera that works with the LG G5 and that you should be interested about. This little accessory features two 200 degree 8 megapixel cameras to capture VR video up to 4k resolution, as well as detailed photos and believe it or not, it also packs a dedicated micro-SD card for storage along with 8GB of internal storage. 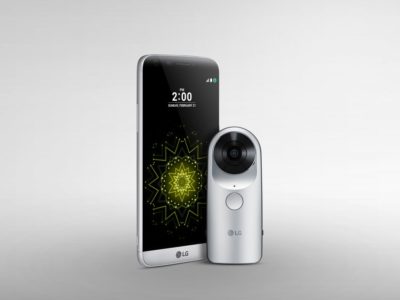 As for using it, trust me when I say that it’s a piece of cake: enjoy this tiny accessory with a one-touch instant record or take photos button, which looks similar to the LG G5 fingerprint scanner.

LG 360 VR
This headset might indeed connect to the LG G5, but it’s not like the Samsung Gear VR. Just as Samsung’s product, this one also uses the processing power of the LG G5 to run the virtual experiences. However, instead of placing your LG G5 directly into the headset and using the phone’s screen as your window into virtual reality, the 360 VR simply plugs into the LG G5 via a USB-C cable. 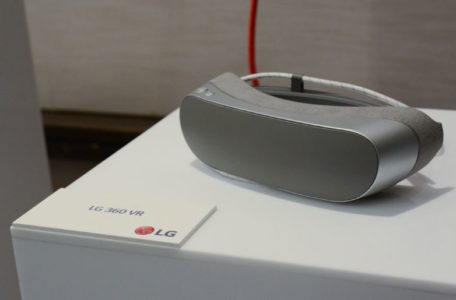 The result is a lighter headset – and this solves one of Samsung’s Gear VR biggest issues, but the truth is that this is not the prettiest product that you have ever seen. The design is poor and that grey plastic on grey textured fabric is not appealing to everyone, that’s for sure.

LG Rolling Bot
What do you think of the idea of a rolling robot that can be controlled with an app on the LG G5? This is a bowling-ball-size remote-controlled robot that likes to toot around the house and it is not only cute, but it can also easily take 8-megapixel photos and videos of your pets while you’re away at work or in vacation. 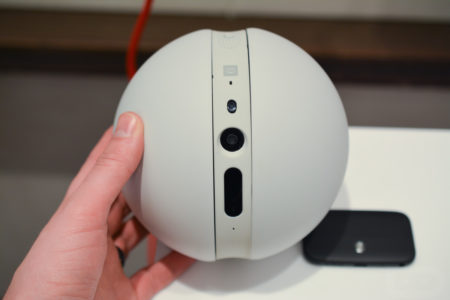 And if you’ve got the right LG appliances, the Rolling Bot can control those, too, though the entire package is dependent your home connection.

So, you see how many accessories you can choose to go with the phone and you know how amazing they are. This is why how LG is characterizing them is not at all weird. They are not simple accessories, but they become “friends” for a handset that can become even better with a little bit of help.