Today, in Taiwan was announced the Asus Memo Pad FHD 10, at the event “Computex  2013”. This is a highly expected device branded by Asus, as we all know that the company wanted to stay in the first positions near Samsung or Acer. Also, the Pad FHD 10 is not the only Jelly Bean device announced by Asus as the  Memo Pad HD 7 has been also revealed. Now, the Memo Pad FHD comes with a 10 inch IPS display at a resolution of 1920×1200, which should be just great for users who want to enjoy videos or movies at full quality; beside the mentioned display that has viewing angles of up to 178 degrees, the tablet also features Asus’Sonic Master audio technology for ensuring a better audio and visual experience.

The colors of the Asus Memo Pad FHD 10 are: Royal Blue, Silk White, and Vivid Pink. Other specs guarding the outside view are: weight of 580 grams and 9.5 milimeters thick ( just like Memo Pad HD7, but with a TransCover  protection that can also be used as a stand when the device is used). 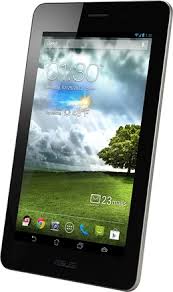 If we take a look at the aspects mentioned above we can see that this tablet has good performances and lot of things to offer to its future users. Anyway, do stay close if you want to learn more about the Asus Memo Pad FHD 10 such as future market availability and pricing offers; we will update you as soon as something fresh comes out.