You are probably familiar with Injustice: Gods Among Us and if you are a fan, then we have exactly the news that we were probably hoping to hear: the game is finally available for all Android devices through Google Play and it will become available on the Amazon Appstore in the near future as well. And don’t forget that it has been made for various platforms, including full consoles like PS3 or Xbox 360, so that it gives you the chance to unlock content in the console game through the mobile version if you register for a Warner Bros. ID account.

This game comes as an alternative for the Superman story that we all know. This time, the popular character is tricked by Joker to kill Lois Lane and his unborn son, also destroying Metropolis due to a nuclear explosion. You can imagine that he manages to kill Joker too, but he becomes so confused that he ends up establishing a new world order. Someone has to stop him and what other character than Batman would fit for this task better? A war will start between Superman’s Regime and Batman’s Insurgency and who knows who will finally become the winner? 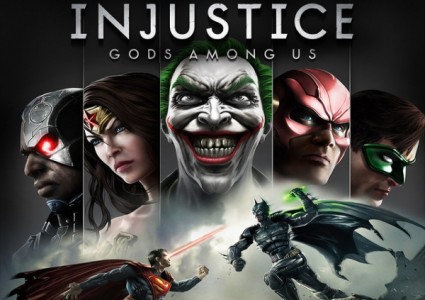 Injustice Gods Among Us available on Google Play

We know that all these sound more than tempting, but be careful as long as there are big chances to be disappointed if you are actually expecting that Android could bring you anything close to the original, as our source says. We are referring to a completely new plot placing you exactly in the middle of the battle, with a task that you might not like so much. You’ll have to collect character cards for increasing your choices of heroes for your 3-on-3 battles. And if you actually manage to getter enough power, you’ll finally have access to special moves for attacking your enemy.

You can download the game from here, but be careful that it has a 1.3 GB size, so be sure that you have enough space.