Moto G Is Free In Canada On Contract, Or $200 Without It

While those from US won’t have the chance to become the owners of the Moto G device until January, things are different for anyone living in Canada. TELUS and Koodo Mobile have already included it in their budget friendly list. TELUS is currently offering for a price of only $200 Canadian dollars – about $189 US dollars ( if you afford paying the full price ) or for free if you don’t have this money and agree signing a two-year contract with the carrier. As for Koodo Mobile, it provides the same model for no less than $200 with no tab, but if you decide getting a $150 use tab, then the device becomes your for only $50 off contract.

Anyway, in both cases we are talking about unbeatable pricing offers, especially if we take in consideration the fact that Moto G is equipped with a variety of high end specifications. In order to refresh your mind, we can remind you the fact that it houses a quad-core Qualcomm Snapdragon 400 processor clocked at 1.2GHz and paired with 1GB of RAM, along with a number of 8GB of internal storage. 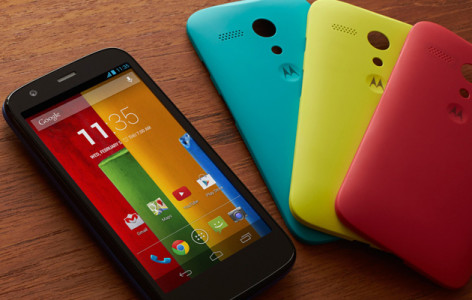 Moto G Is Free In Canada On Contract, Or $200 Without It

When it comes to its 4.5-inch display, we are more than satisfied by its 1280×720 resolution, not to mention that it is equipped with both 5MP rear camera with LED flash and a secondary 1.3MP front-facing one. And we were surprised to discover that it also offers you 65 Gb of free Google Drive storage, with 50Gb more than we are used too, not to mention that despite of the fact that it runs on Android 4.3 Jellybean at the moment, we’ll have Android 4.4 KitKat at the beginning of 2014.

As for those from US, although they have to wait a bit longer, they will enjoy instead an even better price of just $179, according to our source.