2013 Round Up: Best Android Racing Games

Our personal phones are no longer used only for initiating phone calls and sending text messages. Now, having a wide array of powerful products, we have many more possibilities for entertainment. People use their smartphones to capture great pictures, to record quality videos and also to play great games. In this respect, Google’s Play Store offers plenty of great games for everybody. Whether if you enjoy playing strategy games, fashion quizzes or racing games, this is the right place to explore.

The need for speed is somehow embedded in great games offered by different developers. However, this kind of games are not gender-based. Now,  men and woman feel the same urge for racing since the first foot races of the Olympic games, and the chariot races found in the ancient Rome. Now, things have changed only in terms of vehicles or nature of racing, but the need of winning a racing game remains the same. Following the same idea, game developers have tried to release some top racing games with premium features, stunning graphics and increased realism. 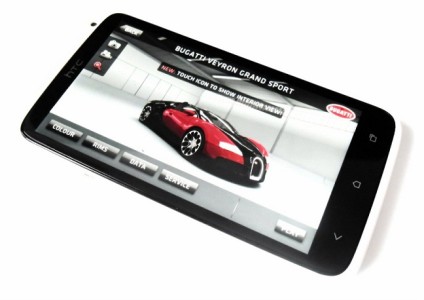 Best Racing Games for Android in 2013

If you want play some great racing games on your beloved smart device,  feel free to try out our 5 favorite racing games for Android smartphones and tablets. However, before you put your wishes into a certain game, make sure that your device is compatible, and it supports enhanced graphics and performance.

Slingshot Racing is a cartoonish top-down touchscreen racing game that allows players to engage in challenging ice sled racing. In the same time, players will have the possibility to sling shots their way around difficult turns. It is worth mentioning the fact that the game uses one-touch control system. Tap-and-hold launches a grappling hook among unique towers. If you decide to install this game, you will be able to take part in straight-up races or different challenges such as pick up races where you have to collect different items.in the same time, there is an 80-race career mode where you can test your driving skills in a single player race. However, the game supports four-player multiplayer feature. 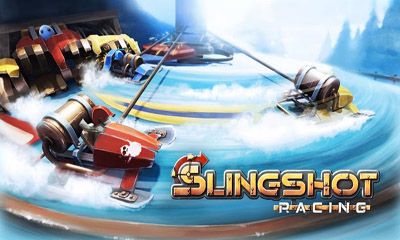 The Real Racing game is developed by Firemonkey and has gained its popularity for realism and increased rendered graphics. The third  version continues the tradition while offering a controversial choice for the free-to-play model. What is great with this simple racing game is the fact that the visual graphic details are shown all over the game. In the same time, the licensed real world cars and courses make this game a realistic one. On the other hand, timers and repair costs that push players into IAPs might discourage some of you. As a bottom line, Real Racing is an excellent driving game with an impressive F2P system. 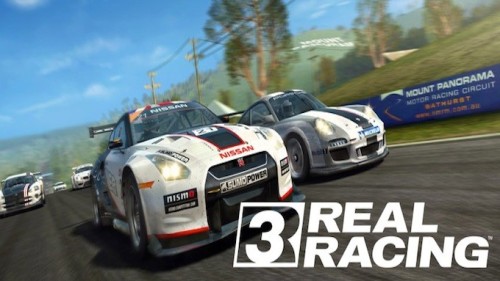 Reckless Racing developed by Polarbit provides some impressive content for a mobile racing game created on a solid base. In the first part, the game delivers a solid, top-down racing action. Besides its numerous control schemes that allow players to find the right gameplay for them while offering a smooth and rendered experience. In what concerns the gameplay, players will have to choose from basic race, hot lap or elimination. On the other hand, if you choose the career mode, you will be able to build a strong player career focusing on arcade mode pits on challenging tracks. The good part is that each car can be customized with different yet unique parts and upgrades. As a bottom line, Reckless Racing sticks to a strict balance by limiting races to cars of certain performance index scores. If you are interested in this racing game, it is available in Google Play Store for only $4.99. 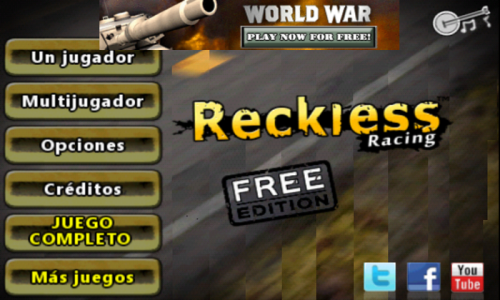 As the name might imply, Asphalt 7: Heat is a powerful yet well-built street racing game suitable for mobile games. What makes this game that special is the fact that it provides  sleek graphics and a hard-core realism. Gameloft delivers an impressive package with improved visual details enhanced gameplay. Players will have the possibility to slam into opponents into the track boundaries in order to make their way to the finish line. In the same time, gamers will be able to engage into impressive drifts and credit pickups, as well as a well-timed burst of speed from a full nitro meter. In conclusion, Asphalt 7 is an arcade racing game suitable for those who want something different, a realistic view of an impressive game. If you want to download Asphalt 7: Heat on your smartphone, keep in mind that its enhanced graphics require a powerful device. As a note, the game is to be found within Google’s Play store, and it costs only $0.99. 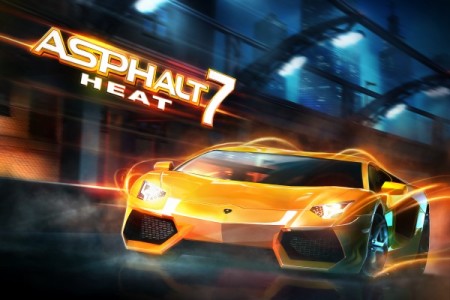 1. Need for Speed: Most Wanted

The first spot is held by the old but faithful Need for Speed. As the name suggests, this game is designed for those who need speed on their mobile devices. If you want intense street racing on any of the 40 of the world’s hottest rides, then this is the game for you. Need For Speed: Most Wanted offers a traditional track circuit with multiple complications such as aggressive police pursuit vehicles. Players will compete in numerous game modes, starting with the classic six-way race to timed attacks and speed runs, in order to get on the first place of the most wanted. As far as the controls are concerns, users will be able to customize controls as they please while choosing between accelerometer controls or touch screen steering. NFS offers intense racing in a unique yet traditional manner for every mobile gamer. 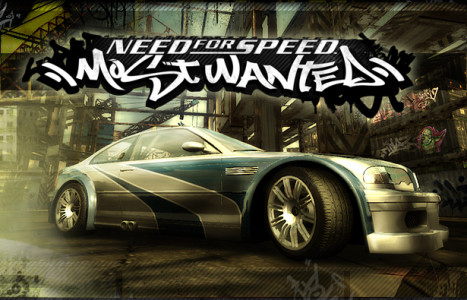 Need For Speed: Most Wanted

If you love playing racing games on your smartphone or tablet, I am sure that you will definitely enjoy at least one of these five amazing games. Each one of them is designed to offer a unique experience while providing the best graphics and gameplay. Feel free to visit Google Play Store and look up for our top 5 racing games in 2013 for Android devices.