According to the latest rumors, the Korean mobile manufacturer plans to unveil the new Samsung Galaxy Camera 2 (via CES 2014) after introducing their first mirrorless camera, the Galaxy NX during summer time. However, recently, another entry to the Galaxy NX series has been spotted, and it was revealed in a trademark filing with the USPTO. 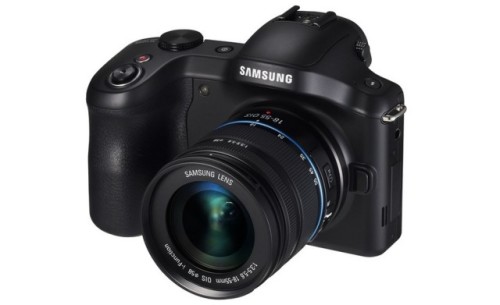 The new camera will have a small dimension as expected with a mini version and it will be likely to be cheaper than the big version. As far as the price is concerned, the original Galaxy NX is priced at $1,600 while the smaller Android-based version will cost only around $500.

The current Camera NX offers a 20.3 MP APS-C sensor along with a 1.65GHz quad-core CPU and a 4.8-inch HD display. In the same time, the NX model features Android 4.2.2. It is fair to assume that Samsung will keep the same specifications for its mini version, but, in the same time, it is natural to expect to see some hardware parts trimmed in order to fulfill the needs of a smaller camera.

It is worth mentioning the fact that the mini compacted version of the Galaxy NX camera is also expected to have the same system camera with interchangeable lens, as well as Android OS and 4G LTE connectivity. Despite the fact that it is smaller compared to the original release, the mini camera should be as powerful as a full sized one.

The application for trademark registration was filed right after Christmas, so it is possible to see the formal announcement of the Samsung Galaxy NX Camera Mini at the Mobile World Congress in February or at CES next week. Then, we will see what changes the mini version will bring or what downgrades will make its price smaller.