As any smart device is scheduled for release, multiple rumors start to appear relate to it. In this respect, we can easily believe them, or just wait for the real device to make its public reveal. However, some of these rumors have turned out to be true, mostly because some sources have genuine information regarding certain topics.

In this respect, the latest rumors concerning Samsung’s next flagship and namely the Samsung Galaxy S5 are related mostly to its screen. According to a report by Tencent, apparently, Samsung has decided to employ an LTPS LCS display, provided by Sharp on its 2014 flagship, instead of going with the predicted AMOLED unit, created by the Korean Manufacturer itself. 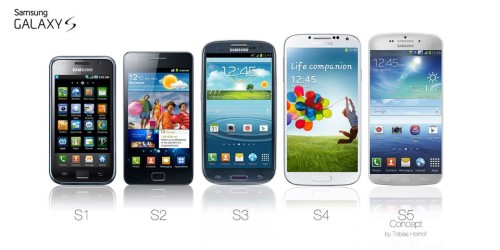 Samsung to use LTPS LCD display instead of AMOLED

The cause of this change it appears to lay down in the company itself. Samsung has encountered several problems with 2k AMLED displays, and the company is not able to produce the amount of units required to the predicted Galaxy S5 sales. It is worth mentioning the fact that the company is planning to reveal a flexible AMLED display to the mass market somewhere between 2015. Maybe, this goal is not read yet, and the company wants to wait a little bit in order to perfect the unit.

On the other hand, changing the manufacturer for its S5’s displays it is normal since Samsung has recently bought a 3 percent stake in Sharp. We might say that, at the bottom line, Samsung is using its own displays for the production of Samsung Galaxy S5.

However, based on older rumors, the AMOLED display will be eventually used in Samsung next flagship. In this case, it is about the rumored super premium Galaxy S5 that will have a metal body and the rumored AMOLED display. All we have to do now is to wait for new rumors to reach the surface and see which of the two displays Samsung will employ for its next Galaxy S5 flagship.