Great news for all HTC One owners: the Android 4.1 Jelly Bean will soon (sooner than you might think) be replaced by the 4.2 version, which may be available any minute now. Also, the Ambassador of HTC France suggested that the OTA may be coming with Sense 5 as well. No additional details have been made available, but everyone is looking forward to try the new update. As for the phone itself, we could say that it has the most impressive display seen so far on a smartphone (1080 x 1920 pixels with 4.7-inches of LCD). Also, pictures are great, the rear camera having 4 MP ultra-pixels and the front-facing one, 2.1MP.

The HTC One is also great for its dual frontal stereo speakers and its aluminum body, weighting 143g. It comes with a non-removable Li-Po 2300 mAh battery and a Qualcomm Snapdragon 600, quad-core, 1.7GHz processor. Available accessories for the HTC One are the stereo headphones, the HTC Bluetooth Stereo Headphones, the HTC One Hard Shell – Double Dip, HTC One Hard Shell – Double Dip Flip, the car kit, the Bluetooth StereoClip, Media Link HD and the Battery Bar. The HTC One is available in three colors: black, silver or red. It supports LTE connectivity, however it doesn’t have a card slot. Internal memory is 32/64 GB, with 2 GB RAM – that if you need a refreshment, as I know that the HTC One specs and features are well known by all the Android users. 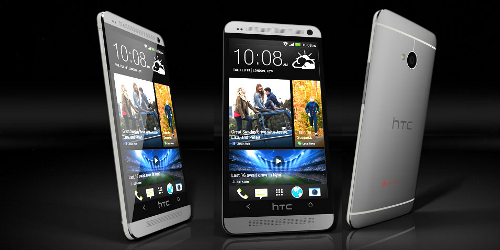 The HTC One was announced in February 2013 and released in March. With the Android 4.2 Jelly Bean coming in June, the smartphone from HTC will have everything it needs to be one of the best smartphones on the market.
The price tag was $575, but it now starts at $600. Do you think it is worth it, or you rather choose Samsung’s flagship, the Galaxy S4 instead?