We have previously told you that HTC Desire 8 is expected to be revealed on 24 February, at the Mobile World Congress event, but back then the manufacturer was only considering the possibility of letting us to experience KitKat on its device and nothing was known for sure. Now things have changed and it is finally confirmed that this handset will indeed run on latest Android 4.4.2 version with Sense 6.0 on top of it. Is anyone looking forward to buying this new HTC Desire 8 smartphone? Before taking any decision, here we have gathered more new technical details that have been just revealed, along with some availability information:

As we have told you, HTC Desire 8 is expected to come with a 5.5-inch 720p display, but now we can also add fresh details regarding its processor. The handset will get its power from a quad-core 1.2GHz Snapdragon 400 CPU ready to come along with 1GB of RAM and 8GB storage. If this number doesn’t sound like what you were hoping, then feel free to use a microSD card to change the situation in your favor. And when it comes to the previously rumors about its 13MP rear camera accompanied by a 5MP front-facing one, they all seem to be accurate, not to mention that we know for sure that HTC Desire 8 features the Android 4.4.2 OS version. 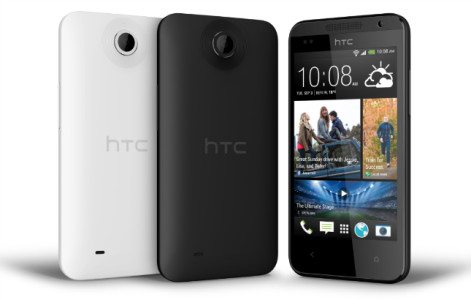 As for its availability, the handset will be released in different parts of Asia, Europe and even North America as our source also confirms. And if you live in the States, then you should know that this HTC Desire 8 handset that we have will become available on both AT&T and Sprint carriers, so we’ll be soon back with fresh details on this topic, along with its price tag (still unknown at this point).