Galaxy S5 Price Will Be Lower Than Expected

Samsung Galaxy S5 has been in our thoughts (and our articles as well) for a very long time. We have discussed about some of its potential specs and features, about the possibility of seeing it coming with a fingerprint sensor instead of the previously rumored iris scanner, we have even found out that it will be officially launched on February 24 at Mobile World Congress, but nothing had been said about its price. The popular Korean company which usually sells one of every four mobile phones all over the world had an unexpected fourth quarter of 2013, according to IDC data released on Jan. 27 this year. Samsung has only manages to ship no more than 112 million units in that period and things don’t look at all great by comparing this number with the 113.6 million mobile phones from the previous year. In such conditions, Galaxy S5 is said to come with a lower price than its predecessor and a recent report from Bloomberg seems to confirm this possibility.

We all know that Samsung hasn’t given us any clues regarding the selling price of its Galaxy S5, so there is no wonder that different rumors are spreading all over the world. 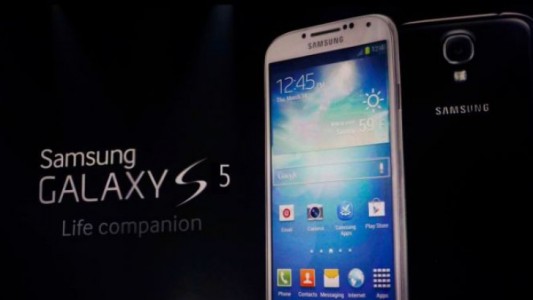 Galaxy S5 Said To Come with a Lower Price

Anyway, such a debate regarding whether the new Galaxy S5 will be indeed cheaper than previous S models becomes plausible only when a reliable source can offer us new info and this is exactly what happened. A Bloomberg insider source has informed us that Samsung is seriously taking in consideration the possibility of selling the Galaxy upcoming device at a lower price than its predecessors in the attempt to save its current unfortunate situation.

As we have previously told you, there are big chances to see this Galaxy S5 smartphone coming in both Standard and Prime Versions, so the idea of an affordable price could make perfect sense, at least for the standard model.

While the base Galaxy S5 version is supposed to get the power from a quad-core Qualcomm MSM 8974AC processor coming along with 2GB of RAM, as well as a HD 1080p resolution, the improved model should house an eight-core Exynos 5430 processor paired with 3GB of RAM, also having a 2K resolution. These differences are indeed notable, but what price should we be expecting at?

For example, the 16 GB version of Samsung Galaxy S4 is available at $199.99 at Verizon Wireless with a two-year contract, while VOD in the U.K. offers the same handset from $165, depending on the service plan that you are choosing. So, how cheap could this S5 actually be? Certain rumors are pointing to a $99.99 price with a contract included, as well as $199.99 for the contract-free version, but we cannot be sure of any of these speculations. We’ll probably fin the true in just a few days.