The OnePlus One smartphone was first rendered with specs several weeks ago, and now fresh news bring some details concerning the device`s camera. We are talking about Sony Exmor IMX214 image sensor that will be put on the OnePlus One. The reason for this choice was that Sony is the only manufacturer to have the state-of-the-art wide-aperture sensors on the market so far, after OnePlus has tested a wide variety of camera module manufacturers.

What is IMX214 image sensor?

The IMX214 is in fact a 13-megapixel camera that has an aperture of f/2.0, which is specially designed for taking pictures in low lighting environment. More to it, while most smartphone cameras enhance 5 lenses, OnePlus has added itself six lens optics to make the camera correct or remove low aperture distortion and enhance the quality and the colors of the images being taken. However, the only manufacturer on the market to sport five lens optics is the Samsung`s Galaxy S5. 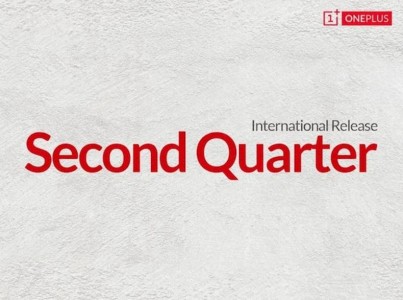 Other features that the OnePlus`s camera enhance are 4K video capture, Image Stabilization Plus or 120fps 720p video recording for slow motion capture. Surprisingly, the OnePlus will also sport a great 5 megapixel camera at the front for high-performance video calls or conferences.

The OnePlus One smartphone will be officially launched in the second quarter of 2014 in more than ten markets worldwide, with prices under $400.

The OnePlus One device features a 5.5-inch display with Full HD display and 1920 x 1080 resolution. Under the hood, the handset is powered by a great 2.3GHz quad-core Qualcomm Snapdragon 800 SoC running on 2GB of RAM.

The OnePlus One will also come equipped with the aforementioned back 13-megapixel camera taken from Sony along with a 5-megapixel camera displayed at the front. All the power is being ensured by a non-removable 3100mAh battery.

If we take a closer look, we might state that the OnePlus One is that smartphone ready to hassle the almighty Galaxy S5 or the powerful Sony Xperia Z1. What do you think guys? Is the device a worthy opponent for the other high-end devices on the market? Don’t forget to write! Cheers!