HTC will accede Samsung’s pattern and release One series with One Mini and One Max. The new device from Taiwan company is being compared with the LG Optimus G2, and you can find more details about it by checking our latest posts, and with the Samsung Galaxy S4 LTE-A  because the Max will be LTE-A networks compatible. It will take a while till the One Max will be released, so we do not have the exact date. Most probably it will be at the end of the year after Android 5.0 Key Lime Pie will come in the limelight, because it will run on One Max (this is only a rumor, so don’t rely on this aspect).

Our source let drop some info about specs of future device from Oriental Asia. It is said that will be filled by a Qualcomm Snapdragon 800 chipset with a quad-core Krait 400 CPU at 2.3 GHz and Adreno 330 GPU, a 5.9-inch display with full HD resolution, 2 GB of RAM, 32 GB of internal storage. It is thought to come with an inheritance from HTC One and this will be the 4 megapixel Ultrapixel camera. Besides, it will step into the scene with a powerful 3,300 mAh battery. 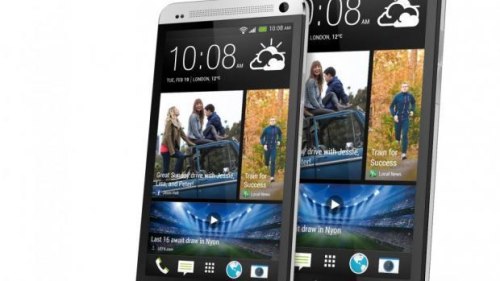 Speaking about competition, here looks like a battle between the two producers Samsung and HTC. None leaves another to be with one step ahead and assure to have a backup for anything. After launching the Galaxy S4, Samsung came along with S4 Mini, S4 Zoom and S4 Active. HTC has also a three One series. But HTC One Max will have as competitor Samsung Galaxy Note 3 and from Sony also another device which can put HTC in position of contestant, Sony Xperia Z Ultra. No photos were left free to surf the internet, so we don’t know how One Max will look like.