We still have no information on the Moto X specs. However, Motorola has leaked some photos of the transparent case and it now seems that it’s going to come in white, too, along with 15 other pastel colored rear panels covering the battery. Motorola says that this might be the first smartphone – Moto X –  that you can design yourself. So that’s some interesting info. Other than that, we have no idea what to expect. We did, however, find a few specs on a site, but we wished we would have came up with more than that for you, our readers.

Talking about the specs, we should mention the 1.7 GHz dual-core Snapdragon S4 Pro which is faster than the Galaxy S3. The Moto X will apparently feature a 4.7-inch HD display and it will have well rounded margins, as our source points out. The smartphone is said to be released in October 2013. From the leaked photos, we can see tiny hole for the microphone at the bottom. Also, the black version of the device looks completely different from the rest, having the company’s name engraved, unlike the others. The rear of the Moto X looks to be made of soft touch material and we believe this to be the official version and, perhaps, the other cases can be purchased separately. 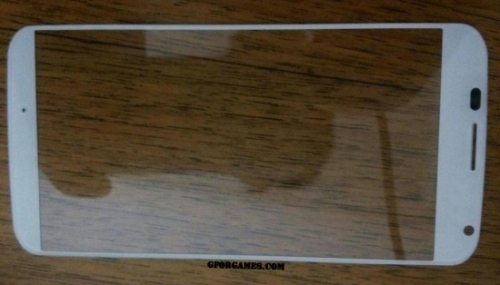 There’s a camera and flash below the lens but we don’t have other data for you, like MP or filming time. Motorola says that the smartphone is designed and manufactured in the USA, so that’s the place it will launch first, for sure. Sources say that the release might take place on July 11 but we don’t know about that. We’ll just have to wait and see if Google and Motorola will announce anything else in the close future.