Photos of the iPhone 6 Leaked

Good news for all Apple lovers on a budget: the company is about to release, this autumn, two phones. We’re expecting the iPhone 5S and a recently leaked plastic device for all pockets. Apple fans called it the iPhone 6, although the company hasn’t provided any official name for it, yet. The cheap smartphone’s design is similar to that of the original iPod. It is rumored to come in many different colors, like red, green, blue, black or white. There hasn’t been any official announcement of the iPhone 6 so far from Apple, but that’s not something to worry about, as we all know they keep secret the unreleased devices.

The upsetting thing about the news is that all we know is the variety of colors and all we see are the phone’s cases. We didn’t get any specs (although we spoke about the rumored specs in a previous article), we can’t see the display or anything else in the leaked photos so we might as well call it the Mysterious iPhone. Although you might be tempted to think that we’re only dealing with a fake clone of the iPhone 5, the rear microphone hole and the rounded edges on the back match to the previous reports on the controversial device. 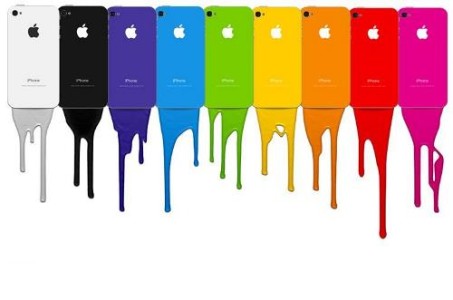 According to our source, a release may be on September 27. We’re hoping to find out more about the mysterious iPhone 6 until then and it would be even better if the smartphone will actually appear on the market. Despite the fact that the rumored specs sound really good and the price tag is rumored to be low, people seem to be discouraged in thinking that the rumors could be true. We’re waiting for Apple to tell us that we’ll really have something to be excited about. I’d buy it for sure, haven’t decided on the color yet, though.