Hp made a low-cost tablet, but doesn’t bring too many advantages with this price. HP wants to bring Google Nexus 7 into the ring “weighting” with 30$ less than its competitor. For a extraordinary price of 140$, Hp Slate 7 offers the 8GB model. Buyers now are looking over the lower level price tag and if we compare the Nexus 7 tablet which costs 199$ and the HP Slate 7 tablet which was at the beginning released with 169$ and later priced at 140$, it is a huge risk for Nexus to be dethroned by HP, even if Nexus can come with a better quality-price report.

As our source points out, we need to think also at the specs not only the price. The price still an important factor for customers in decision making process, but not the only one. HP Slate 7 tablet features Android 4.1 Jelly Bean, show off with a 7” 1024×600 HFFS display and a 1.6 GHz dual-core A9 processor, with 1GB of RAM, and 8GB on-board storage, having microSD card slot, two cameras, one 3MP rear camera and a VGA front facing camera, Beats Audio, HP ePrint application. For the cost charged for this HP tablet, the specs are decent. 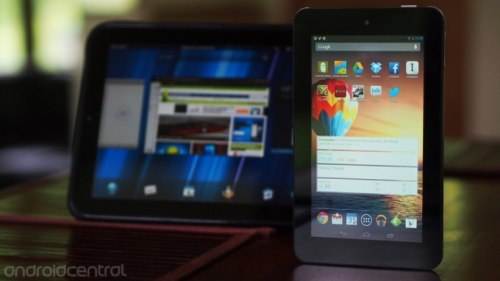 In my opinion, HP Slate 7 Tablet can create two camps, the ones who prefer to pay less for getting a few several specs which they certainly need, instead of paying a higher price, but going home with a device which has a large capacity but it is not needed by the user and another camp where we can find the ones who prefer having large possibilities, and getting more than needed for few dollars more, instead of purchasing a device for less money and limited capacity, even if it can be enough for some of them.