In the past time we’ve been hearing all sort of things about the upcoming Galaxy Note 3. With about three weeks left until the device will be officially revealed, a new leak about the specs comes in our attention. A report from SamMobile shows us a series of specs for two of the versions: the SM-N900 and the SM-N9005. According to the report, the 64GB version will only hit some retailers, while most of them will be getting the 32GB model. Both versions (SM-N900 and SM-N9005) will come with a full HD 5.68-inch Super AMOLED display. I wonder what else we’ll be hearing about the device until its launch.
We already told you, in a previous article, that the Galaxy Note 3 will be running Android 4.3 Jelly Bean, and now we have some leaked specs, so let’s take a look at what our source says the SM-N900 will feature: 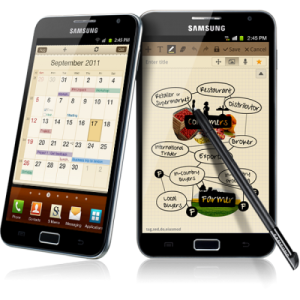 We were also telling you about a SM-N9005 version, which comes with similar specs (at least those that were confirmed so far):

So that’s all we have so far. Be sure we’ll keep you posted with more details, as soon as we hear anything else. until then, we can tell you that the Galaxy Note 3 will be announced on September 4, at a special media event in Berlin.