The iPhone 5S will finally arrive on market shelves and it’s going to happen really soon! The handset was set to be released September 20, just a week from today. We are very excited about this. The iPhone 5S was just officially announced on Tuesday, at an Apple event, although we’ve been hearing rumors about the smartphone months ago. The release will take place in nine different countries on the same day, including the U.S., Australia, Canada, China, France, Germany, Japan, Singapore and the United Kingdom. The device will be available in three storage capacity versions, from 16GB to 64GB.

Of course, the price tag will also vary based on the storage. The iPhone 5S will be available in three colors, which are black, champagne and white, and white and silver. The device looks similar to the iPhone 5 and comes with improved specs like modified battery for longer life and a camera with improved lighting for slow-motion video photography, as our source states. It’ll also feature a fingerprint sensor which I think is great. This means that if someone should steal your iPhone 5S, he will never be able to use it unless he cuts off your finger (hopefully it won’t get that far for a phone). 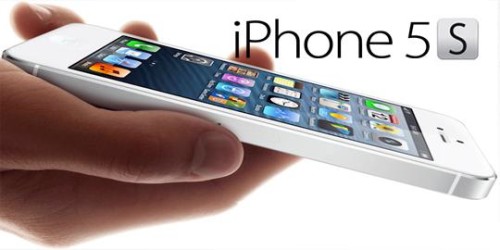 The smartphone comes with a pill-shaped dual-LED flash, unlike the iPhone 5’s circular one. I believe that the device will make big bucks with its specs and improvements. Carrying the new iOS 7, it will definitely be a revolutionary smartphone and a competitor for Android devices, although the price will be higher. But if you’d afford it, would you choose quantity over quality? just wait until September 20, go to the market, try it and decide. I bet the fingerprint sensor will get you at the first touch.