The South Korean company confessed that sales around the Galaxy Gear have been better that they expected. Despite various critics and rumors, the Galaxy Gear watch has managed to gather the public’s attention, and it was sold in more than 800,000 units so far. Taking into consideration people’s skepticism regarding the wearable technology and the nascent market, Samsung’s smartwatch managed to be sold in nearly one million units in only two months since it was first released.

In what concerns Samsung’s marketing strategy, the Korean company has put their resources into heavy advertisements and collaborations with fashion shows in order to assure leadership for the wearable devices. Despite the fact that the smart device was heavily criticized, eventually, it has managed to gather enough supporters around the world, and in less than two months from its first official release, the company sold nearly one million devices. 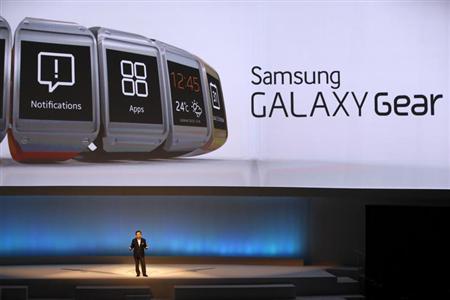 Many critics and reviewers blamed the smartwatch for its short battery life, clunky operation and limited compatibility with other smartphones. These things were confirmed by the fact that return rates have been actually high, more precisely as much as 30 percent in one case.

In order to compete with its fellow competitor, Samsung hurried in developing a wrist smart computer before the Cupertino-based company release a similar product. Since rumors confirm the fact that Apple is working on a wearable technology, Samsung’s Galaxy Gear definitely managed to make a difference and open a new era in what concerns the technology field.

Offered for $300, Galaxy Gear is a smart accessory with a small OLED screen, which offers standard and basic features such as photos, hands-free calls and message notifications. Moreover, now, when the first custom ROM for Galaxy Gear was released, these functions increase and improve while multiple new features were added. Despite the notable high price, 800,000 sales figures strengthen Samsung’s sayings “It’s the most sold wearable watch available in the market place”.