Are you a fan of the popular Battlefield 4 game? Then, what do you think about the new Commander companion app which allows you to put on top of the team another player, completely changing the perspective in order or to command the battlefield and lead your team to victory? If you are interested about such an acquisition, then you should know that this new app is already available on Google Play Store for free as we are speaking. But in order to take advantage of all what it can offer, there’s an important rule that has to be applied.

To be more specific, you must have your own Battlefield 4; and don’t forget either that this game companion app can be used together with the Battlelog app too (which can be downloaded from here), for free on Google Play Store. So, think for a moment at the idea of having this Commander Mode which allows the new player that we have previously mentioned to view the game from a more Real-Time Strategy point of view. 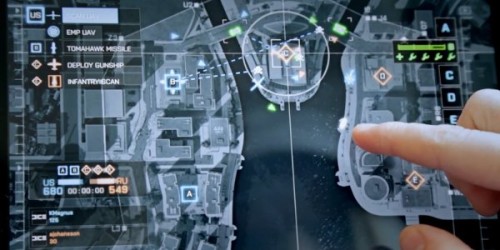 What else can this Battlefield 4 Commander companion app offer us? We are talking about the ability to call in UAVs to help you scan an area, to send vehicles and new supplies to your teammates, as well as to send reinforcement when you might need it the most or jam the enemy’s radar by simply using EMP.

This Battlefield 4 Commander app can be used directly from your mobile device, as our source stated ( an Android model, of course, with touch-optimized controls and gestures ) and all Commanders can communicate with no problems by using the VoIP on supported platforms – one condition that we have told you about from the start.

You can download the Battlefield 4 Commander companion app from here.