Recently, a Samsung Kazakhstan website unveiled a series of new products like Galaxy Note 3, Galaxy S4 Zoom, Galaxy Tab 3 8.0 and 10.1. Still, other details are not available and some of the products may have been accidentally confirmed. On June 20, Samsung is going to participate in a special event, where the company will most likely announce the upcoming gadgets and plans. All we know so far is that the Galaxy Note 3 is rummored to be released at the end of this summer (august-september) and it might come with a 2.3GHz Qualcomm Snapdragon 800 processor.

However, unofficial specifications are available for all of the products above. So, the Galaxy S4 Zoom is rumored to have a 1.6GHz Dual-Core processor, a 4.3-Inch qHD Super AMOLED display, 8GB of internal storage with a MicroSD slot and two cameras: a 1.9 Megapixel front facing one and a 16 Megapixel main camera with 10x optical zoom (specs wise). Also, it will feature the Android Jelly Bean 4.2.2 OS, according to unofficial sources. 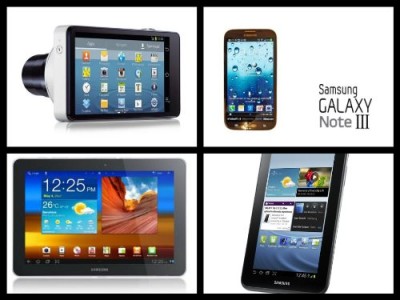 The Galaxy Note 3 could have a 1080P Full HD Super AMOLED display, 3GB of RAM and, according to leaked information, an Exynos Octa 5 Octa processor or a 2.3GHz Qualcomm Snapdragon 800 one (here the specs list is even more uncertain). The S Pen is expected to be a part of the device, as well. The camera is rumored to be a 13MP one.

Until the price tags and release dates are set, we would like to know what you think about the news from Samsung and how much would you pay for the new products. We will get back to you with extra information.