Folks, you know I like rumors, especially about Samsung. Especially when the corporation is preparing tablets after tablets, or smartphones on the go. Now, it seems that the phone manufacturer is launching a new tablet with an estimated price of around $136. The tablet seems to be the Galaxy Tab 3 Lite. Sources supplying the upstream chains, coming via DigiTimes, also state that the price for this tablet would be exactly $129. Sounds rather cheap, much cheaper than its lineup. Perhaps Samsung is preparing a new set of tablets for a low-budget tablet market? What seems to be sure though, it is Samsung`s intention to attract more and more consumers, tending to adopt a more commercialized approach.

Well, let`s dig in a little deeper and see what Samsung has to offer with this Galaxy Tab 3.

The specs concerning the Galaxy Tab 3 would first include a 7-inch display with 1024×600 resolution, a 1.2GHz dual-core processor and 1 GB of RAM. The tab will also sport a 3 MP camera in the rear and will run on a Jelly Bean Android 4.2…or at least that. Not to mention that an expected KitKat version won`t be coming that soon. 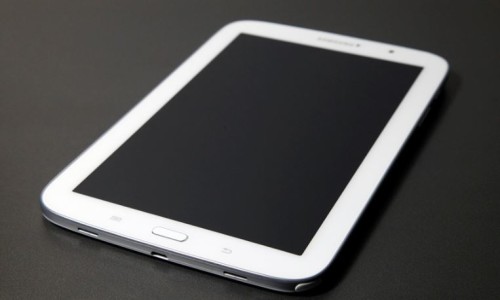 There are quite respectable specs to go with that price. That`s my opinion after all, even if you can get a Nexus 7 2012, powered by a quad-core processor and running on Android KitKat 4.4, for only $99 from Carpone Warehouse. Samsung is Samsung.

Until then, enjoy all Samsung tablets, as we will keep you updated with news, as soon as we hear something fresh. Don’t forget to let your comments rolling on whether this is the right price for the Galaxy Tab 3 Lite or not. Cheers!