Google Play Services 4.0 was released back in October just after the latest KitKat version became official and we were impressed by its included improvements such as Wallet, Google+ sign-in, Location services, and more. But now, that Google announced that its Google Play Services has just been upgraded to version 4.1, we are more curious than ever to find out what new features and better tools the developers can offer us. In the first place, this new 4.1 version comes with a turn-by-turn multiplayer framework for all those developers who have the idea of TBT multiplayer games in mind.

And we are actually referring to a support for up to no less than eight players, as well as a better transition splash screen for when games ask you to connect to Google Play. 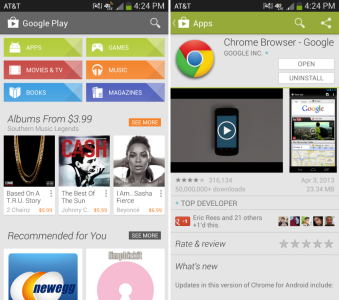 Even more, we are talking about a developer preview of the new Google Drive API for Android, which is ideal when it comes to letting its users read and write files from Google Drive across their device with changes syncing automatically. Are they online or off? It really doesn’t matter. And here we also want to mention the ability to have Google+ posts autocomplete and suggests contacts from Gmail, your device, or Google+ as well.

If you are aware of the previous issue regarding the battery life of the Play Services releases, then the news that this new upgraded version also comes with an improved battery life for users who have Location Reporting enabled is just what you needed to hear. And finally, but no less important are the file picker and the “Save” dialog, as our source also mentions.

Like all of Google’s updates, this Play Services latest one will probably roll out over the next few weeks to your devices, but if you don’t want to wait that long, what do you think about downloading it from here and install it just like any other APK? And there is no reason to be worried about as long as its cryptographic signature comes as a guarantee that it is safe to install this file.