Model numbers has entered the room and this are looking to match some rumors which talks about being Galaxy Note 3. For example SM-N9000 is the code which appears to be Samsung Galaxy Note 3, according to the last months “news” running the internet. As it was explored lately, it was discovered a transport of 8 models which are similar to Galaxy Note 3 and this were imported in India. The numbers SM-N900, SM-N900V, SM-N900T, SM-N900A, SM-N900AI, SM-N900P, SM-N900R4 and SM-N900S are declared to be the aim of research and development. But what about the big four retailers AT&T, Verizon, T-Mobile and Sprint?
As our source let us understand, there are expected four versions of Samsung Galaxy Note 3. Two of it should be standard and probably a medium price and different display types, one will be a low one, having a small camera sensor and last but not least, it will be, as we suppose, the VIP, the high –quality limited edition model. Samsung used to make differences in models characteristics according to the markets where these will be sold. So maybe we should expect a device for each of the four retailers? 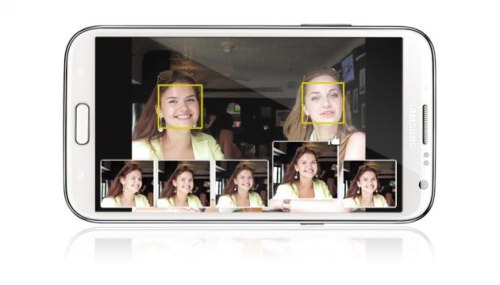 As we know from Galaxy S4, Samsung has four models in the US, one for AT&T the SGH-I337 Galaxy S4 and the SGH-M919 is the Galaxy S4 for T-Mobile, the SCH-I545 is the Galaxy S4 for Verizon and the SPH-L720 is the Galaxy S4 for Sprint. For the moment the release for Samsung Galaxy Note 3 wasn’t confirmed, so no info either regarding the four retailers which will probably be the the choosen ones.The display of the new device is believed to be a 5.7-inch 1080p Full HD display, but also are rumors of 5.99 inch, so the debate remains open till official statements are released.