Samsung appears to be focusing on people’s health with its new display technology. The company presented its flexible FOLED (flexible OLED) technology at the MobileBeat conference 2013. The display will be quite large, meaning that the smartphones carrying it will rather have the dimensions of tablets. A palm-sized smart pad, equipped with three connected displays was shown at the conference. It has two side flaps that fold out to expand the phone’s operable size. A disposable RFID chip in the form of a wearable patch is shown sending the vital health signs of the wearer to the new phone. The data can be directly forwarded to the wearer’s physician.
The one-minute-long video shown at the MobileBeat conference 2013 states that an “electromagnetic wave generator and detector are integrated in the patch sensor”, our source states. Samsung has been working at the healthcare solutions for some time and, until now, it managed to introduce it in many of the devices components. The company launched the S Health services a few weeks ago, an app that monitors weight or blood sugar. Also, the application gives you the ability to connect through Bluetooth and USB to health devices like heart-rate monitors and connectivity-friendly scales. 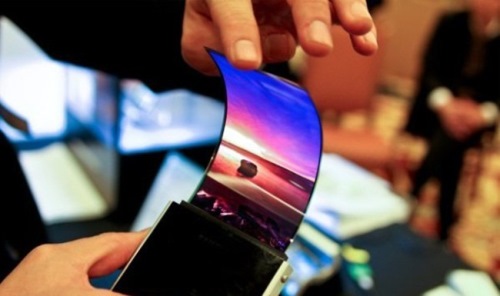 The app was first used on the Galaxy S 3. It is a full personal wellness application, telling you what and when to eat and even how much you must exercise. S Health is available for download in the UK through Samsung’s More Services pre-loaded application on the Galaxy SIII. Remember the times when, if a phoned seemed expensive to us, we would joke on whether it could cook? Well, it seems to me like we’re slowly getting there. I don’t know how to react to this: should I be scared that soon, humans will be replaced with devices or robots? Anyway, getting back to the display, I seriously can’t wait to see it. And don’t get me wrong, I think it sounds great. It’s the whole evolution that stresses me.