As most of you know, especially the Galaxy S4 owners, Samsung’s Android flagship smartphone for 2013 was released back in April with a built-in 2600 mAh removable battery and the possibility of swapping in another one when needed. Today, Incipio announces the new 3100mAh battery case, which adds an additional 10.5 talk hours and protection provided by the back plate and the rubber bumper that come together around the phone. The case slits into the Galaxy S4’s USB port on the bottom and has its own USB port for charging, along with a LED battery status indicator on the front, just as shown in the pictures below.
The Incipio offGrid battery case is now available for pre-order and will probably be shipped in approximately 3 weeks, for a price tag of $89.99, as our source states. The Galaxy S4 packs a 5-inch Full HD Super AMOLED display with Corning Gorilla Glass 3, a 13MP rear camera and a 2MP front-facing one. It runs Android 4.2.2 Jelly Bean with a new TouchWiz UI. It also comes with a Snapdragon 600 CPU running at 1.9GHz and 2GB of RAM. The standard model is a 16GB one, but some regions also offer 32 and 64GB versions. And yes, it supports 4G LTE. 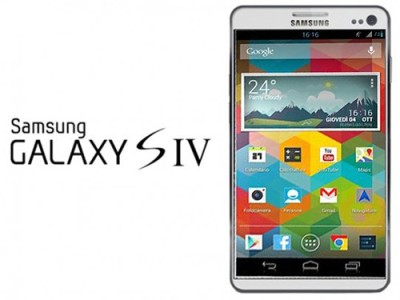 You also have a nice pallet of accessories for your Galaxy S4, including regular plastic cases, flip cases and a new S View case (back cover and protective front cover with a window which allows you to view the pertinent data and answer calls using touch input. The new battery case was waited since the launch of the device, so it’s great that it is finally here. The old one wasn’t bat either, but now you’ll get a 2-in-1 protection and longer battery life cover. Worth the money, if you’re asking me!