Not too long ago AT&T has promised us an update for HTC One X+ and that’s exactly what we are getting now. So, AT&T finally rolls out the Android 4.2.2 update for its HTC One X+ , but that’s pretty much that you are going to get. You probably know that this handset is never going to reach the Android 4.3 version (or any upper version), so let’s welcome this last update properly and enjoy what it has to offer. To be more specific, when it appears, the version number of your smartphone will be 2.15.502.1 and this is exactly what you are going to get:

This Android 4.2.2 update brings Sense 5.0, which means that we are talking about new several features such as HTC Blinkfeed, Video highlights and HTC Gallery, but that’s not all. 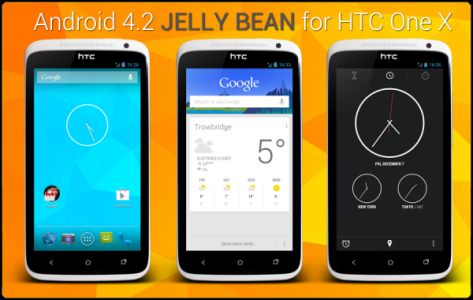 The update is also ready to offer NFC fixes and AT&T Address Book fixes, but we must tell you that due to its hardware limitations that you are aware of, this AT&T HTC One X+ device update doesn’t recognize the HTC Zoe feature that you have probably heard about as having the ability to let you capture images and video at the same time.

But that’s something that you must accept maybe it shouldn’t even matter that much given all the other enhancements. As we have told you, the update has already reached to some devices up to now, so you can expect to receive it any moment from now. Or, as our source suggests, you can manually search the Android 4.2.2 update by going into Settings > AT&T software update > Check for updates > OK.

Once the waiting is over and you finally have it on your smartphone, let us know if you like using your HTC One X+ more than before and what new features you enjoy the most.