US HTC One Is Due to Receive Android 4.4 KitKat Update in 90 Days

Android 4.4 KitKat just received some important updates a few weeks ago, to be exactly, on October 3, and HTC Company stated that their HTC One versions will also benefit the update of Android KitKat in about 90 days now. There was also a promise from the Google Play Edition that the update of KitKat would arrive even earlier, with 15 days earlier to be exact. Well, 15 days have gone and there is now news of KitKat update for HTC One. For that matter, HTC has announced that the update is entirely Google`s decision now.

The update will remain scheduled for 90 days since Android is carrying out the process at its own pace and in phases, planning to hit the first round of smartphones in a couple of weeks. Up first was the HTC One Google Play Edition that failed to receive its update within the 15 days mentioned before. Then would come the unlocked versions and also Developer Edition to receive Android KitKat 4.4 in 30 days, followed by the remaining branded versions to get the update within 90 days.

Jason Mackenzie, the President of HTC America states that his company does not want to release updates “in a lazy fashion”. Since this is the company`s priority number 1, the update will be carefully undertaken in 90 days, to fully satisfy all customers` demands. 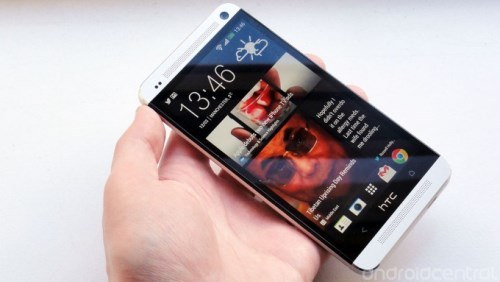 With that in mind, we are not sure 100% whether the update will come in 90 days or not, we will have to assume that it will arrive in time enough not to be behind the Nexus 4. This wouldn`t be bad at all for a non-nexus device that struggles to keep-up with the famous brands.