How to Update to Android 4.4 on any Device using Custom ROMs

If you are thinking about updating your Android device to Android 4.4 KitKat firmware using Custom ROMs, then you must first know a few elementary things about them. These Custom ROMs have different levels of stability, as well as various shapes and sizes and every device needs its specific version; otherwise, you are just wasting your time or you could end up with a bricked device instead of an updated one. As you can see from the title, KitKat-based custom ROMs are our major interest for this article, so let’s see what exact version can be compatible with your Android smartphone / tablet and how can you update to Android 4.4 by using it. 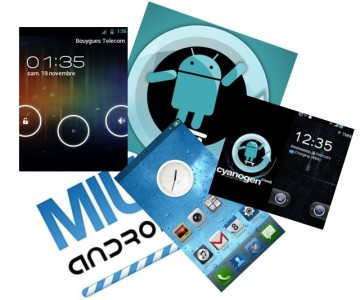 How to update to Android 4.4 on any device using Custom ROMs

How to update to Android 4.4 using OmniROM

But what about the Nexus owners? If you are among them, then you’ll be interested to find out more about a set of ROMs offered by the Paranoid Android team. This team was actually one of the first ones to get fully functional 4.4 builds based on AOSP released, but they didn’t added any of the ROM’s popular UI features. The devices currently supported are Google’s Nexus 7 (2013 WiFi version), Nexus 7 (2012 WiFi version), as well as Nexus 4 (MAKO) and according to their latest statements they will continue to focus exclusively on Nexus devices.

The CyanogenMod team is not at all behind and it is currently offering nightly custom ROM builds of this Android version. You should know that they aren’t the nightly builds that we are generally used too, but just as the CyanogenMod team explains – M snapshot builds. So, they are being much more reliable than nightlies, being ideal especially for experienced users. And don’t leave aside the fact that CyanogenMod has a wide range of officially supported devices, including S4 Mini, Galaxy Tab, Sony Xperia T, HTC One, Skyrocket, both 2012 and 2013 models of the Nexus 7, as well as Nexus 10.

Here you can find how to Install CyanogenMod (CM 10.2, CM 11 and more) on any Android device.

Despite of the fact that the AOKP team hasn’t finished its work for a final Android 4.3 build, it is also focusing its attention to Android 4.4. Half of their team is working on that, but we have no deadline dates, so anything is possible at the moment. We just know that Android 4.4. is on the horizon and they are apologizing for any inconvenience and asking for understanding from those sharing the same Android passionate as they do.

We don’t know about you, but our patience has its limits and they are already way out of schedule if we take in consideration all the other Custom ROMs that we have told you about. We only hope that your device is on any of the supported list; if not, we’ll keep you updated!