With the announcement of Samsung’s latest Galaxy S5, it’s time to be talking about one of the biggest smartphone rivalries of this year: Samsung Galaxy S5 vs iPhone 5S. How can you tell which of the two handsets is the winner? It’s not an easy task – that is something that you don’t need us to tell you, especially now that everyone’s attention it’s focused towards Samsung’s Galaxy S5 arrival. But that isn’t something that stood in our way when it comes to comparing their specs and features, we can assure you of that. So, here we have those elements that are most likely to be interested about when it comes of two high end handsets like these ones that have a long legacy of successful predecessors:

One of the most obvious differences between these two devices is a cosmetic one – that is something that you should know from the start. Samsung has retained the general look of other Galaxy devices such as the Note 3 and especially its predecessor Galaxy S4 and that was one of the biggest disappointments of this handset. Its perforated pattern on the back cover is indeed different and you can also choose between fresh shimmery White, charcoal Black, electric Blue or copper Gold color options, but many of us wanted something much more than that, especially after all those rumors regarding a foldable design. And that is exactly what the competition had expected.

Immediately after its official presentation, HTC claimed that Galaxy S5 owners will have ‘Buyer’s Remorse’ and even Nokia made fun of its design and plastic body, although there are rumors of an upcoming all-metal version too. When it comes to Apple’s 5S design, you can notice from the start that metal band around the edge and one thing is for sure: the aluminum build quality that iPhone has is ten times better that Galaxy’s S5 body plastic, although it is indeed a IP67 dust and water resistant one, according to Samsung. And the fact that it isn’t waterproof and that you cannot use it as an underwater camera is something that many people have already complained about.

In terms of dimensions, Samsung Galaxy S5 weighs 145g and is 8.1mm thick, so it is both bigger and heavier than the iPhone 7.6mm thick and 112g. Don’t forget that Samsung’s handset has a larger screen, after all, but it is definitely a questionable choice for all those looking for a pocketable version. And yes, it is much more robust than iPhone’s 5S handset.

Do you remember the previous speculation about Samsung S5? It was initially rumored as coming with a 5.2inch screen with a whopping 2560 × 1440 resolution, but the reality was totally different: the device boasts a 5.1inch Super AMOLED display having just a resolution of 1920×1080 pixels and not the rumored 2k resolution, but things don’t look at all bad at this chapter. If we compare it to Apple’s iPhone 5S 4inch display, it is obviously that Samsung’s display is bigger, also having a better pixel density of 559ppi instead of that 326 ppi (640 x 1136 pixels found on iPhone).

But you must be careful about something: although a bigger display with a better resolution is something that the majority wants, you should also know that it is very unlikely for your eyes to tell the difference between 326ppi and 559ppi. And besides that, we are sure that not everyone likes that full-blown color of Samsung’s Galaxy range which sometimes makes photos look over coloured. 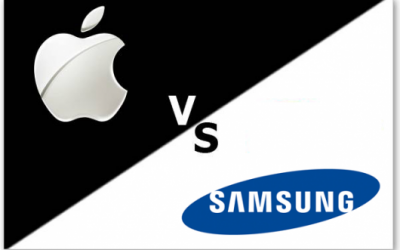 As you probably know, Samsung Galaxy S5 features the most recent Android version released by Google: KitKat, of course with Samsung’s TouchWiz interface. But we didn’t even expect to discover that the Korean company didn’t overload the handset with its usual S-branded features, as it previously happened. In case you don’t remember, Galaxy S4 was criticized for that, not to mention the duplication of certain features which confused its users. So, here we have an Android version very close to the original one and with limited customizations, but it is simply impossible to compare that with iPhone’s 5S iOS 7. There are to completely different stories, so it is a matter of old habits, personal preferences, or of a wish to try something new.

iOS 7 has the advantage of a quicker settings feature called Control Center and it is said to provide a much better multi-tasking, while Apple has its own popular App Store, so it finally depends on what you are looking for. It is obviously that the software area is that one that can help you take the final decision.

Galaxy S5 might not look that different from its predecessor, but it gets the power from a 2.5GHz quad-core Qualcomm Snapdragon 800 processor, which is indeed a significant bump up from the previous 1.9GHz Snapdragon 600 that can be found on Galaxy S4. Do you think that it has any chance to compete against iPhone 5s’s A7 impressive processor? To be more precise, iPhone 5s houses a 64-bit A7 processor running, actually being a dual-core Cyclone processor that it is twice as fast as its predecessor in graphics performance.

No one can deny that iPhone 5S is a real joy to use, but benchmarks look more than promising for Samsung’s flagship too. In Geekbench 3 we can find iPhone 5S scoring 721 points, while Galaxy S5 managed 1,076. And GLBenchmark 2.7 shows the same: S5S scored 53fps and iPhone 5’s 41fps.

As for memory, Galaxy S5 seems once again to be the winner as long as it offers both 32GB and 64GB models, with an SD Card slot capable of offering an additional 64GB of storage, while its iPhone opponent has no microSD card slot for expansion; but aside from these 32GB and 64GB, it also comes in a 16GB variant and that could be an advantage for certain potential users that don’t need a generous storage space.

When it comes to Galaxy S5’s 16 MP camera, here we have a 0.3 second autofocus (presented by the company as being ‘the fastest autofocus’ from all its Galaxy models up to now), as well as other features such as LED flash, advanced ‘real-time’ High Dynamic Range and even a Selective Focus feature that is supposed to let you to focus on a specific area and blurring out the background in the same time.

So yes, in theory it is supposed to be better than Iphone’s 5S 8MP camera, but we haven’t tested Galaxy S5’s sensor up to now, which means that we cannot guarantee that. We can only tell you that iPhone has initially listed its camera as being a ‘better 8Mp sensor’ and that’s exactly what we have all felt while using it, allowing us to take high-quality photos, to edit and share them, its True Tone flash and those two LEDs being impressive.

Both these devices have two cameras: Iphone a 1.2MP front-facing FaceTime camera, while Galaxy S5 a 3.2MP one, but we’ll be back with further details after using Galaxy S5’s 16 MP camera and finding out by ourselves what it can really do and what not. 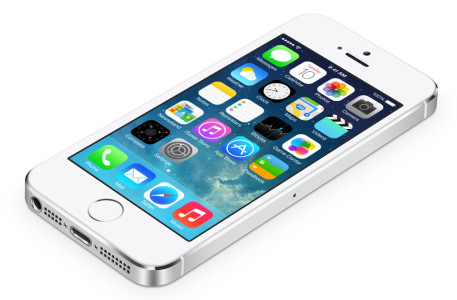 Both iPhone and Galaxy handsets come with fingerprint sensors for unlocking the phone. On iPhone 5S it can also be used for purchasing and downloading items on App Store or iTunes, while that one found on Galaxy S5 allows secure payments via PayPal, Isis, or Google Wallet. And Samsung has something even more interesting for capturing our attention: an SDK, so third parties can use it for authentication as well.

The Galaxy S5’s support for NFC is a major advantage over iPhone 5s which doesn’t have NFC. Some might say that this is Apple’s usual strategy to wait for a technology to be experimented by other companies before incorporating it and that is definitely not Samsung’s case. Even more, aside the mobile payments advantage, the heart rate monitor on the S5 is another aspect that should be taken in consideration by those concerned about their health.

As you probably remember, iPhone 5s was unveiled back in September, while t Galaxy S5 won’t be out until 11 April, but this doesn’t have to mean that we cannot be talking about pre-orders. In this context, iPhone 5S is available with prices starting at £549 contract-free directly from Apple; the 16 GB Galaxy S5 is surprisingly listed s available at no more than Rs. 45,500 ($730) at Saholic, but we still wait for an official confirmation, while Amazon Spain has listed it for €729.00 and the UK-based retailer Clove for £458.33.

iPhone has always been believed as the best possible combination of hardware and platform and Samsung cannot do anything about it if you have in mind an iOS 7 handset that could comfortably fit into your pocket, offering you the power that you are dreaming of. We are not here to persuade you to make the jump to Android, but for those who have this OS in mind in the first place, we can only tell them that a faster Galaxy S5 is waiting for them, with a crisp screen, good cameras and impressive battery power.

We cannot deny that six months is a long time in the world of smartphones, so it was expected to find out that Galaxy’s S5 specs tend to beat the iPhone’s one. Are you also impressed by what it has to offer?